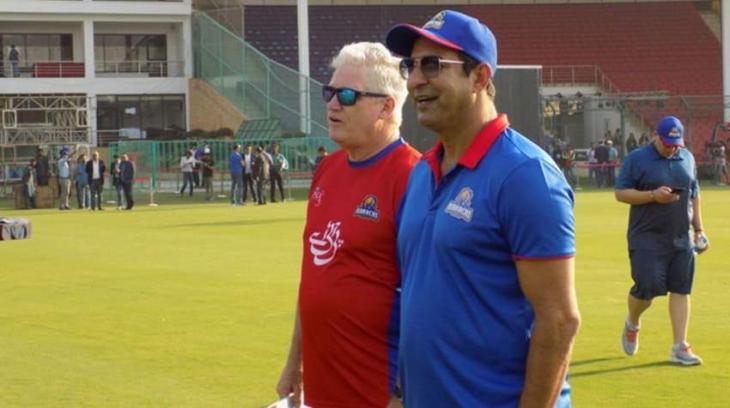 The former fast pacer who has been named as head coach of Karachi Kings says he is not taking the place of Dean Jones as he was an excellent coach and ambassador of Pakistan’s cricket and culture across the world.

Talking to journalists through teleconference, Wasim Akram said that he would be head coach of Karachi Kings in rest of five matches of Pakistan Super League (PSL) to be played in this ongoing month.

However, he said that they would miss Dean Jones, terming him as “King Coach”. He said he nobody could take place of late Dean Jones.

“I’m not going to take place of Jones,” said Wasim Akram, adding that he would be missed throughout.

“We will leave his seat in our dressing room with his name,” said Wasim Akram.

Dean Jone—the head coach of Karachi Kings, passed away due to cardiac arrest in Mumbai when he was there for coverage of IPL for a sports channel.

Wasim Akram said Jones represented Pakistan across the world during his association with Pakistan’s cricket and advocated for the country.

“Jones promoted Pakistan’s cricket, talent, hospital and culture all over the world,” said Wasim Akram, adding that he was great human being and an excellent coach.

“Jones was my best buddy and I miss him so much,” said the former fast pacer.