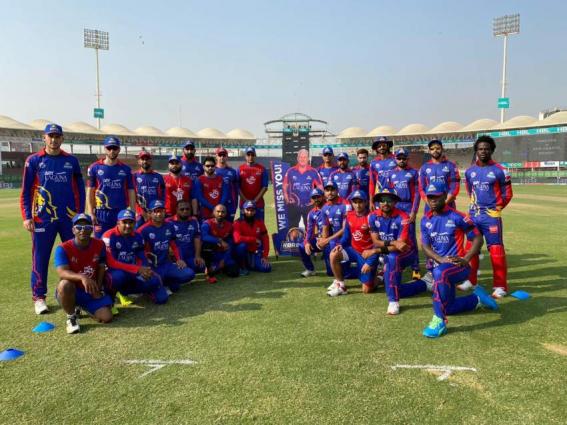 The players of both sides made ‘D’ to pay tribute to Dean Jones who had passed away due to cardiac arrest in Mumbai on Sept 24.

The players of both teams made ‘D’ by standing in shape of ‘D’ to pay tribute to Dean Jones who was the coach of Karachi Kings. Bowling legend Wasim Akram is now the head coach of the Kings.

Former Australian cricketer Dean Jones had passed away after a sudden cardiac arrest in Mumbai on September 24.

Jones before Karachi Kings had been the head coach of Islamabad United which won the title in 2016 and 2018.

Jones’ performance in a Test match in 1986 against India that was tied is still remembered as he made memorable double century despite hot weather and sweating.

The players of his [Dean] team missed him before playing the match, put his big picture just in the middle and stood by both sides of it.