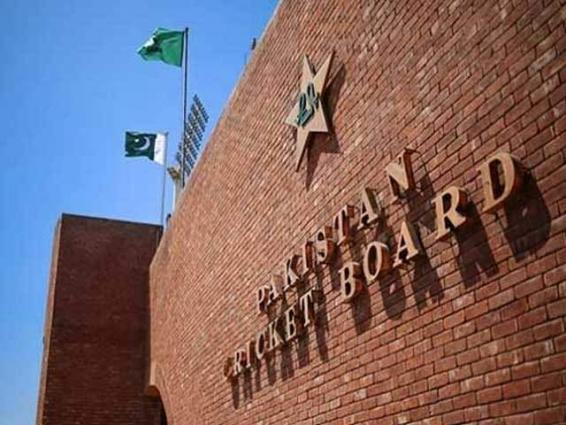 Lahore (UrduPoint / Pakistan Point News – 31st Oct, 2020) Adeel Meo’s yet another five-wicket haul not only helped Sindh record a comprehensive victory over Central Punjab, but also earned his side a place in the final of the National U19 One-Day tournament.

Both Sindh and Northern ended the group stage with seven wins each from 10 matches. The two teams will play at the final at the Gaddafi Stadium, Pakistan’s home of cricket, on Monday, 2 November.

Batting first, Central Punjab were bowled out for 179 runs in 46.1 overs. Hasnat Abbas top-scored with 44, Mohammad Huraira made 30 runs. Adeel who was declared best player of the match, took five wickets for 34 runs. Aaliyan Mehmood and Zeeshan Zameer took two wickets each.

In reply, Sindh overhauled the target for the loss of one wicket in 30.4 overs. The pair of Mubashir Nawaz and Rizwan Mahmood added 173 runs for the unbroken second-wicket partnership to ensure a comfortable victory for their side. Mubashir scored 85 off 88 balls with the help of 14 fours while Rizwan’s 83 included 10 fours and a six that came off 95 balls.

An all-round performance from Mubasir Khan led Northern to a four wicket win over Southern Punjab. After being put into bat, Southern Punjab were bowled out for 127 runs in 39.2 overs. Aun Shahzad with 50 and Mubashir Ali with 40 runs were the only two batsmen to offer resistance to the Northern bowling attack. Both hit six fours each in their innings, Aun also struck one six.

In reply, Northern reached the target in 29.4 overs for the loss of six wickets, Mubasir followed his bowling brilliance with an unbeaten 58 that was studded with seven fours and a six (49 balls). His innings took his team to the victory as Southern Punjab fought hard with left-arm-spinner Faisal Akram taking three wickets for 37 runs.

Mubasir for his match winning performance was adjudicated best player of the match.

Khyber Pakhtunkhwa’s Maaz Sadaqat 82 not only helped his side to a comprehensive win over Balochistan, but also earned him player of the match award.

After being put to bat, Khyber Pakhtunkhwa posted 287 runs for the loss of nine wickets in their 50 overs. Maaz top-scored with 82 off 106 balls, his innings included seven fours and two sixes. Haseeb Khan scored 77 off 97 balls with the help of 10 fours. The two added 142 runs for the second-wicket.

Sindh U19 beat Central Punjab U19 by nine wickets

Northern U19 beat Southern Punjab U19 by four wickets

Player of the match – Mubasir Khan (Northern U19)

Player of the match – Maaz Sadaqat (Khyber Pakhtunkhwa U19)